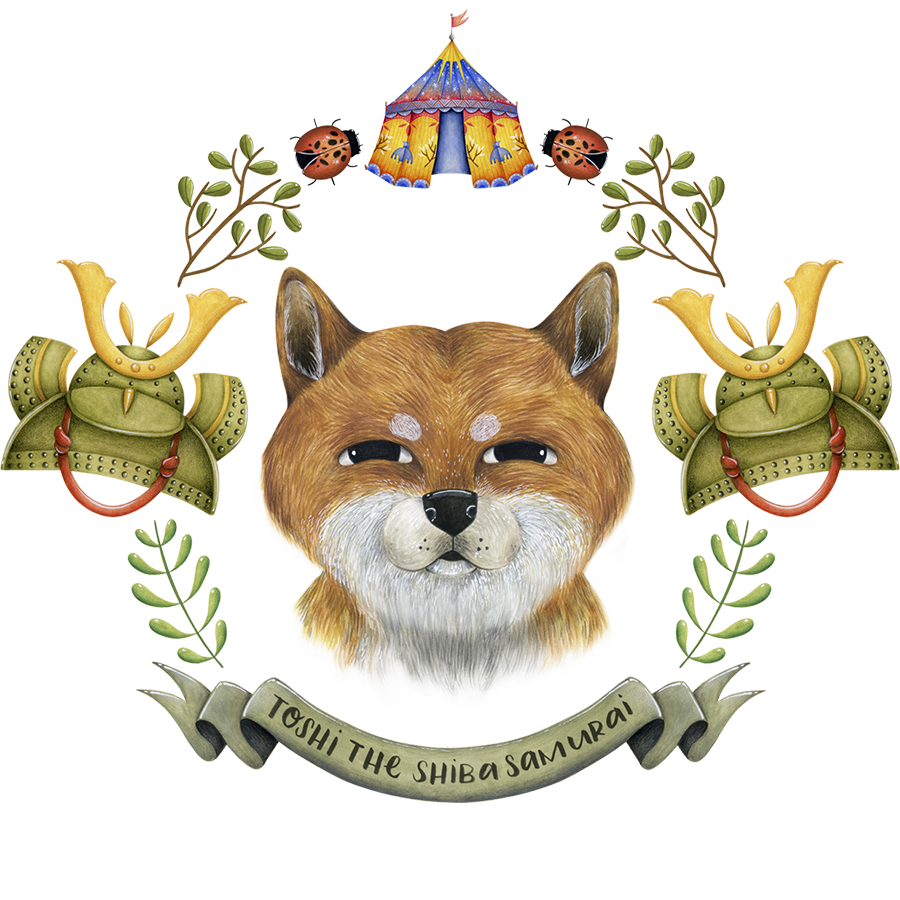 Toshi is a very zen, Japanese Shiba Inu. His name literally means alert, bright and intelligent and he is a fitting beholder of each one of those particular attributes.
Born on Japan’s Honshu Island, Toshi comes from a long line of honored samurai. These warriors innately follow the unwritten Bushido code of honor and are deeply loyal to their masters, just as Toshi loves his master, Takeshi.
Prone to follow odors of anything enticing, Toshi has a strong yearning for alluring smells, which sometimes gets him into a pickle. This weakness is precisely how he became lost in a foreign land, far away from home and feeling lonesome. His predicament changes when he meets Tallulah Guadalupe and begins to feel a sense of belonging and possibility.