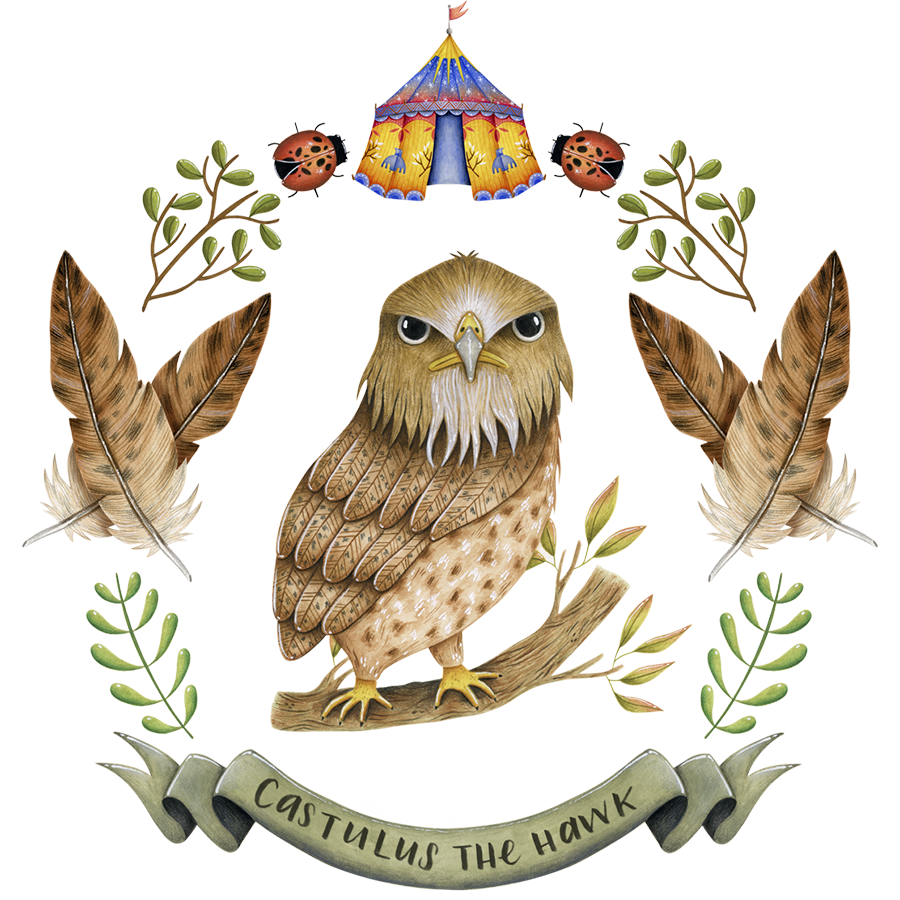 Castulus, the abominable red-tailed hawk, is a solitary bird of prey that lives inside the Junipero Forest, perched in the highest eucalyptus tree overlooking the Pacific Ocean. This feathered creature has a very special gift: keen eyesight. Castulus can pinpoint fine detail from far away, ten times better than a human. This skill makes him a dangerous and feared observer because he can see every minuscule move made by anyone or anything around him. These birds are known to aggressively defend their territory and often spiral downward in mid-air, clutching other hawks in their talons.
True to his genetics, Castulus believes if he inflicts pain on others, his own pain will be lessened. But he will eventually learn that love is the only sustainable feeling
of contentment.